Back on track after Thanksgiving, Thank God 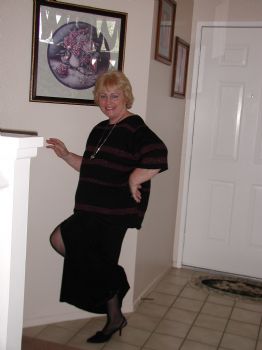 Well, I made it through Thanksgiving and I'm back on track. I have lost 4.5 lbs of fat that I had gained and I am on my way to a new low...I am so glad that I learned how to control food and not let it control me. It's funny how when you eat like that, it just doesn't taste as good as it used to. I am finally eating to live instead of living to eat. It's so much better this way...

On to Christmas! I think that I will only take the weekend off from JUDDD this time, instead of a whole week of grazing. It's a great time of the year because of Jesus's birth and getting together with my family but I could do without the commercial side of it.
I am so much healthier this year than last. The above picture was taken last April 28th at my grand daughter's wedding. I'm thinner now than I was at that time. I'll never get back down to 99 lbs again, but I won't get up to 202 lbs again either, so I'm happy with where I am but I want to lose 7 more lbs. Just because! It's a new day and I'm going to grab it and go!
With some luck I hope to be at goal by the first of 2008. I'll have to be very careful in order to do that.
Share This Post With Others
Report Inappropriate Blog
Member Comments About This Blog Post