My Virtual Walk through Germany

About 3 months ago, I discovered a site called WorldWalking.org - I've blogged about it before because I chose to do a 'virtual walk' through Germany, where I was visiting in person at the time. I've posted several blogs about my trip and also about my virtual walk - it was fun because I had the amazing opportunity to visit in person several of the 'milestone' destinations from my Virtual Walk. Several of the places we visited this fall in person were added to our agenda because of my Virtual Walk so it was a serendipitous intersection of real and virtual life!

I like how WorldWalking.org has maps that plot the route and if you zoom in, you can see more details. Here is a shot of my progress to date on my walk with each of the Milestone destination cities shown with a marker. Right now I have completed a little more than 1/4 of the total distance for my Germany walk. 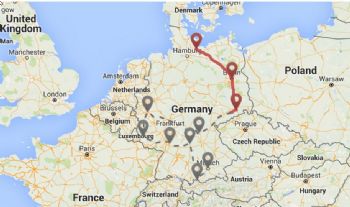 Recently, I've made a couple of random postings on several message boards telling people about WorldWalking.org and it has triggered a couple of new SparkFriends as well as motivating other people to walk more so I'm really happy about that.

I thought I would catch everyone up on my 'progress' as I 'walk' through Germany - my route started in Lubeck, which we added to our actual trip this fall. As it turns out, my close girlfriend who lives in Cologne was born there, which I didn't realize until this trip as she was raised in Amsterdam and I always assumed she was born in that city. Lubeck is an absolutely adorable city that was founded in 1144 and has played a major part in political alliances over the centuries. We also were fortunate enough to hunt for AND FIND some of the Dolmens [neolithic structures similar to gravestones erected at burial sites - and the first indications of cultural honoring of loved ones after their deaths] - so that was an exciting addition to our real adventures. Here's a repeat of a couple of Lubeck pictures, starting with the massive entry gate built in 1147. 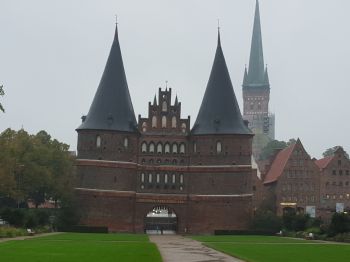 Here are the Dolmens we found - they are thought to be around 5,000 years old in this area but could be even older! 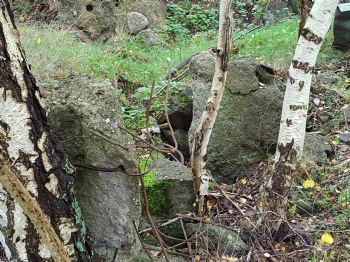 My second virtual Milestone was Berlin, one of my favorite cities - every time we go to Europe, we try to spend a week or so in Berlin so that was already on our schedule but it was still nice to see it 'virtually' as we had already returned home to California before I reached that destination on my virtual walk. I've posted lots of pictures of Berlin so won't post anything else other than this one picture of the German Unity Day celebration at Brandenburg Gate, which is the classic icon for the City of Berlin. 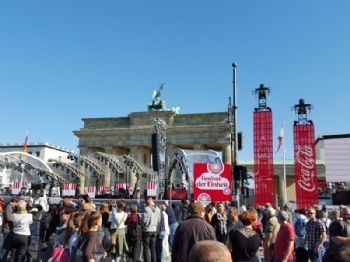 My third virtual Milestone was Dresden - we had driven through Dresden on previous trips but had not stopped there before and did not originally plan to do so on this trip, either. However, as it was really 'on the way' as we drove to Prague on our real trip, we decided to spend a little time looking at Dresden. We drove slowly through the city and stopped at one plaza in the Old Town [Albstadt] area, which was only a couple of blocks off my 'virtual' route. Here is a 'streetview' shot from WorldWalking.org from Dresden of the Goldener Reiter [golden rider] statue 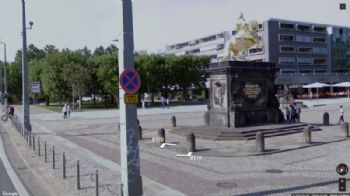 The next virtual Milestone on my 'walk through Germany' is Bamberg and I think I should reach that city sometime in the second half of January. We were also able to spend a few hours in Bamberg on our 'real trip' to Germany this fall and that is something else we would not have done except for the WorldWalking.org site. I've already posted a lot of pictures of Bamberg so if you're interested, scroll back through earlier blogs from this fall.

But an unexpected pleasure has been all the little destinations along the route BETWEEN the milestone cities. Once I figured out how to use the WorldWalking.org site, I became fascinated by all the little villages my virtual route took me through. While there is 'streetview' available in the cities such as Berlin and Dresden, it is NOT available in the more rural areas [at least not yet] so I've been searching on Wikipedia and other sites for images associated with each of my nightly 'stops' and saving them, just like I might do for a real trip. This has made it even more fun for me and I'd like to share some of the pictures I've saved for some areas of my virtual walk of places I've never actually been other than on this virtual adventure. First is a picture of a castle called Doberlug-Kirchhain Schloss. I'd love to visit this in person someday! 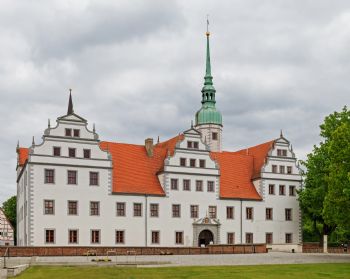 I also have a picture, posted on Wikimedia, of an adorable little church in a village called Ruckersdorf 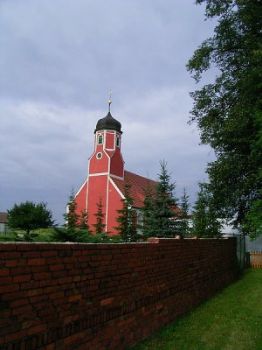 and a peaceful pasture I "walked" past on my virtual route: 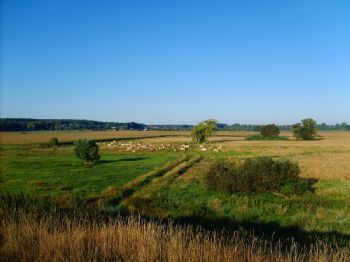 Here's the Grossenhain Rathaus [city hall - I think it's appropriate that it is a 'rat house' - at least that's the way I jokingly pronounce it to my husband's consternation!!]. Grossenhain is a 'major district town' with a population of about 20k. 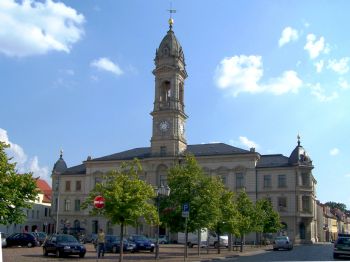 What could be cuter than this little church in the tiny village of Bärwalde [translated Bear Forest]?? 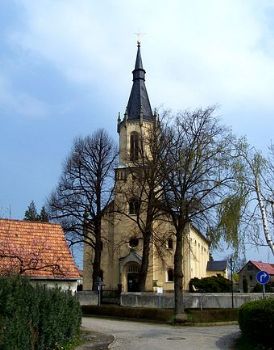 And then, just before arriving in Dresden, I encountered the very special village and castle known as Moritzburg. The castle is on a little island - well, you can see for yourself in these shots I found online: 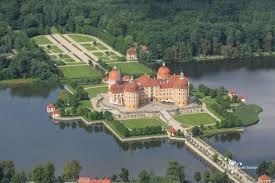 And here is my 'streetview' as I 'approached' the castle on my virtual walk: 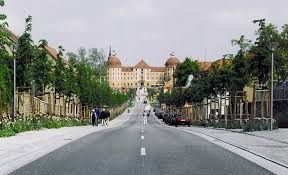 Makes me feel like I've actually been there to save all these pictures and it keeps me excited about where I'm going to be next!!

I'll stop here as this blog has gotten pretty long but I'll catch you up on the next several villages I've passed through, including the town of Freiberg, where my husband and I spent a little time in 2013.

Hope you have enjoyed my virtual walk enough to want to start your own - it's free on worldwalking.org so please join me there!