After our cruise ship left Fort Lauderdale, Florida, our next stop was Key West. We had visited many of the sights in Key West when we had taken a road trip there last spring (2017), but there was still a couple places we wanted to see on the island-town. This is a photo of the sunrise over the Atlantic Ocean taken from the ship on the morning of January 6: 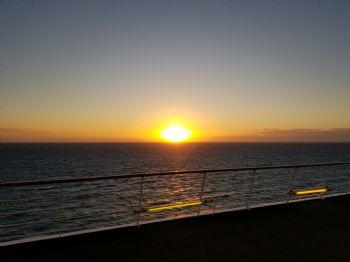 We got off the boat in Key West to tour Harry S. Truman's Little White House. This is the house where President Truman vacationed (and worked) when he wanted to get away from Washington, DC between 1946 and 1952. This facility was used by other Presidents, too, including John Kennedy, Dwight Eisenhower and Bill Clinton. It has also been used by other dignitaries, including British Prime Minister Harold McMillan and Secretary of State Colin Powell). Below is a photo of the outside of the house. Inside photos were forbidden as the building stays ready for visits by the President and other dignitaries should they wish to use it. 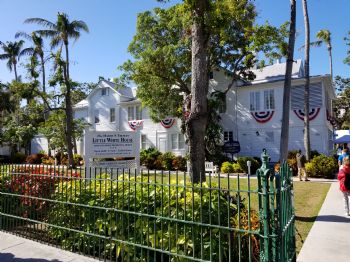 The other place we visited while in Key West was Mel Fisher's Maritime Museum. Mel Fisher was the man who searched for years (1969-1985) for the sunken Spanish galleon Atocha and its billions of dollars of treasure (gold, silver, gems, and historical artifacts). The Atocha sunk off the coast of the Florida Keys in 1622. Below are some photos from the museum.
Entrance to the museum: 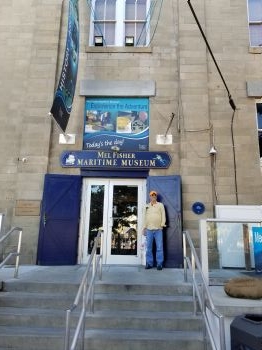 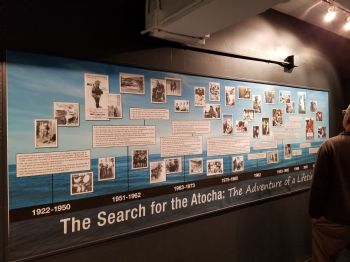 Bars of silver found among the wreckage: 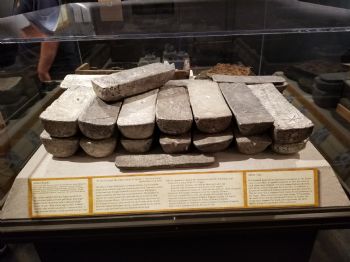 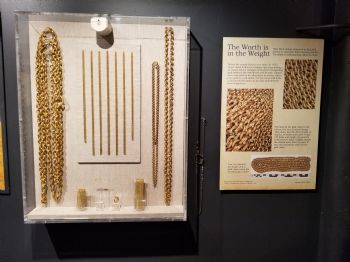 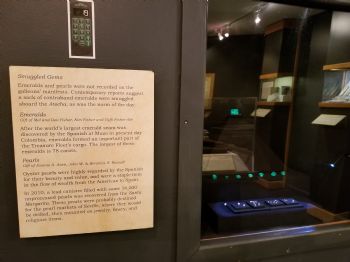 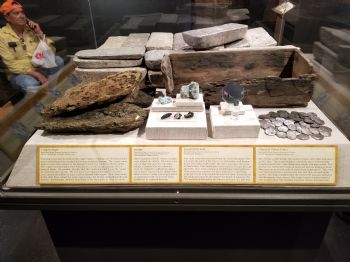 Outside Mel Fisher's Maritime Museum we found a small boat on display that had been used by Cuban refugees to escape the oppression of Castro's communist regime. Cuba is approximately 90 miles from the most southern point of the continental US in Key West. 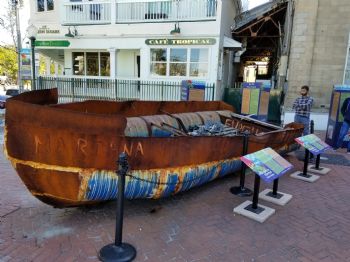 My next blog will be about being at sea while sailing south to Colombia, South America.