Our photo club will soon be hanging our next exhibit. All of my entries were taken before the pandemic. Here is a preview of my photos. 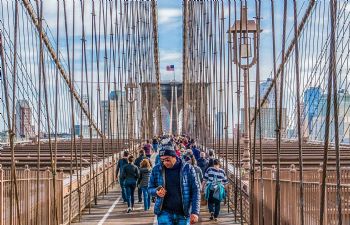 This was taken of a random guy as my DH and I walked across the Brooklyn Bridge. It just turned out that he was wearing a NY hat and was looking at his phone. 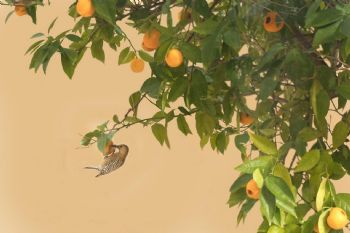 This was taken in Arizona, where the woodpeckers empty out the oranges on the tree. You can see lots of the oranges have big holes in them. 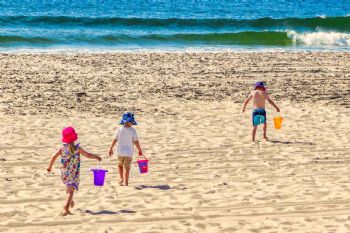 My three grandkids on the beach, running toward the surf. Because it is taken from behind it is really ANY CHILDREN.


Believe it or not, I flew to Wisconsin to take photos for this exhibit in August, 2019. The International Lumberjack Competition was held in Hayward, Wisconsin, and feeling like a real photographer I went by myself to take these photos. It was a really fun time. 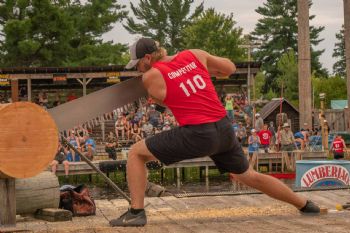 This is sort of self -descriptive. Sawing through large logs was one of the events. 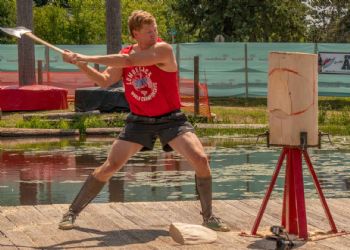 Hacking with an axe through thick logs was another event. 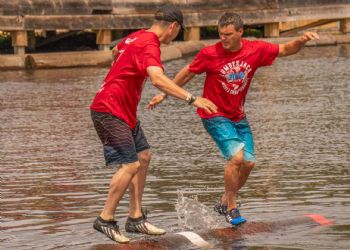 Log rolling - two guys (or gals) on a log trying to get the other one to fall off. Most of them wound up in the water. This was a fun event to watch. 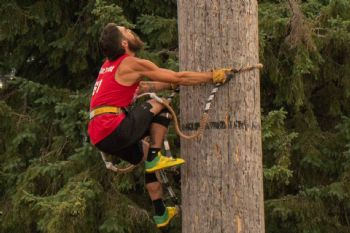 Speed Pole climbing. Armed only with a rope and spiked shoes, these guys climbed very high (either 60 or 90 feet) and then quickly slid back down to the bottom. 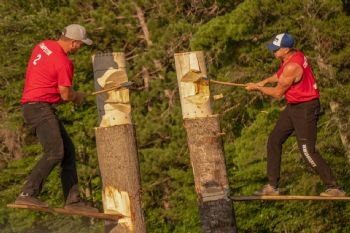 This was a Springboard Chop - in which two men competed by adding springboards to get them to the top of the pole which they then had to chop. 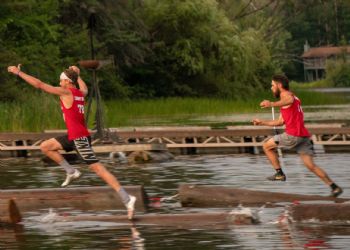 Boom Running - Men ( and women) compete to see who can run across the river on logs that are floating on top of the water.

I loved taking these photos - and have fun sharing them with others. There are not a lot of Lumberjacks in the New York City metro area.